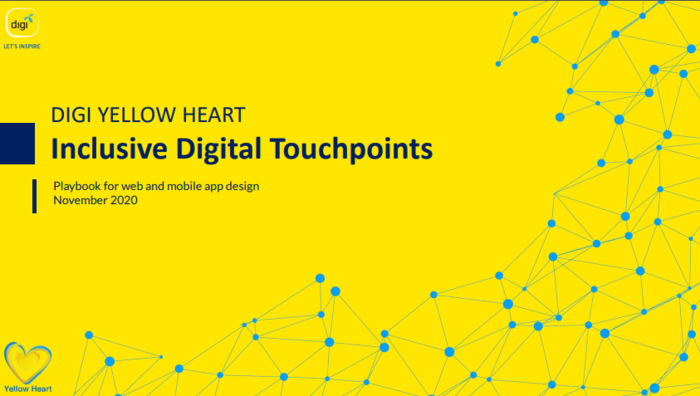 Bi-monthly Dialogue Sessions are held to provide advise and feedbacks to interested corporates on how to make their office a more disabled-friendly place and advantages of having PWD in their workplace. Mr Brian Lariche, CEO of MIRM would know best as more than 50% of MIRM Team are made up of PWDs.

Recently, MIRM had partnered with Digi in preparing an Inclusive Digital Touchpoints Playbook, which was launched on 3 December 2020. After many internal meetings, MIRM Team namely Mr Brian Lariche (CEO), Amanda Kong (Community Advocate for the PWDs) and Suhan Ganapathe (Graphic Designer) was engaged to curate and produce a short video introducing screen reader softwares, and how the same can be utilised by the Visually Impaired community in their daily lives.