True Heroes: A Tribute to our Paralympians 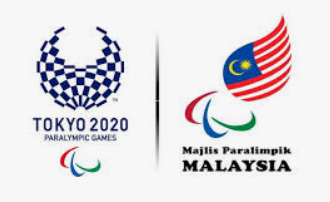 Malaysia may just be a small country made up of multiple races, diverse cultures, and religions but when it comes to sports, we have only one emotion, MALAYSIA BOLEH! With the recent Tokyo 2020 Summer Paralympic Games still fresh in our minds, let’s pay tribute to each hero who showcased the best of their talents in the international arena. 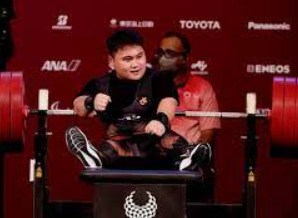 National powerlifting champion, Bonnie Bunyau Gustin pulled off an amazing performance on 28th August when he won the first gold medal for Malaysia. It was even more mind blowing that he broke the Paralympics record of 227Kg set by Rasool Mohsin from Iraq in Rio 2016 when he lifted 228Kg in his third attempt on the first day of the sport.

Defending champion long jump athlete Abdul Latif Romly rocked the arena when he bagged his second Paralympic gold medal in the men’s long jump T20 (intellectual impairment) category at the Tokyo Paralympics. Latif confirmed Malaysia’s third gold medal at the Tokyo Paralympics with his very first jump, leaping a distance of 7.26m. He leapt even further, hitting  7.45m in his second attempt, leaving his rivals trailing behind him.

Jong Yee Khie powered his way to a silver medal in the men's 107kg category at the Tokyo International Forum on 30th August. Yee Khie’s best lift of 237kg in his second attempt was good enough to place him second behind winner Sodnompiljee Enkhbayar of Mongolia in the nine-men contest. By securing a podium position this time, Yee Khie has definitely secured his spot in history.

National boccia player, Chew Wei Lun, won a silver in the final of the mixed individuals BC1 (physical impairment) category at the Tokyo 2020 Paralympic Games. Wei Lun came agonisingly close to winning a gold medal at his Paralympics debut and made history by becoming the first Malaysian athlete to compete in the sport of boccia on the Paralympic stage. The achievement of Wei Lun helped Malaysia increase its silver medal collection to two.

These five incredible Malaysians taught us nothing is impossible, so long we put our effort and keep marching forward.

Heroes Who Won Our Hearts

Muhammad Ziyad Zolkefli deserves a special mention. He missed the opportunity to defend his Rio 2016 gold in the men’s F20 shot put (physical impairment) event at the Tokyo 2020 Paralympic Games. Muhammad Ziyad, who broke the world record twice and could have won gold in the event, however, has been classified as “Did Not Start” (DNS) due to a protest lodged against him by the Ukrainian team. Well, unfortunate events do occur sometimes, but Malaysians showed their support to the athlete in many platforms. We stood together with him no matter what, and we are sure to be cheering for him when he wins his next medal.

We are immensely proud of all our athletes who participated in the Tokyo 2020 Paralympic Games. Their hard work and determination will definitely bring them to many more arenas and sweet victories.

A special dedication to:

On Malaysia Day 2021, we at SpecialJobs would love to tap into your MALAYSIA BOLEH! spirit. Malaysians are able to build on the bond that glues us together as a nation when we put aside our differences.

Let’s be united and keep showering love to every single Paralympic Hero!