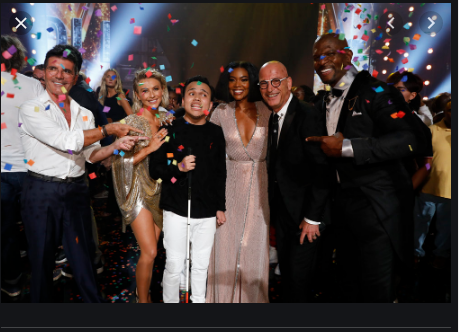 Paul Simon knows a talent when he hears the person sing.

That is why the singing icon allowed Kodi Lee to perform Simon And Garfunkel’s 1970 hit Bridge Over Troubled Water during the quarter-finals of America’s Got Talent.

On Wednesday, Lee crossed the final bridge to become the 14th season’s champion, netting US$1mil (RM4.19mil) and a chance to headline shows at Paris Las Vegas Hotel & Casino in Las Vegas from Nov 7 to 10.

The 22-year-old, who is blind and has autism, was an early hot favourite to triumph.

He was fast-tracked to appear in the quarter-finals, with the judges, including Simon Cowell and actress Gabrielle Union, gushing over his performance in the audition round.

On Wednesday, the other nine finalists were not a match for Lee.

His win was also a triumph for his mother who spotted his talent early and took efforts to help forge a path for him.

“I realised he’s an entertainer. Through music and performing, he was able to withstand living in this world because when you’re autistic, it’s really hard to do what everybody else does.

For now, he can mull over how to spend the US$1 million.

“Kodi would love to have a grand piano in every colour possible,” his mother said in a recent interview with Good Housekeeping magazine. – The Straits Times/Asia News Network