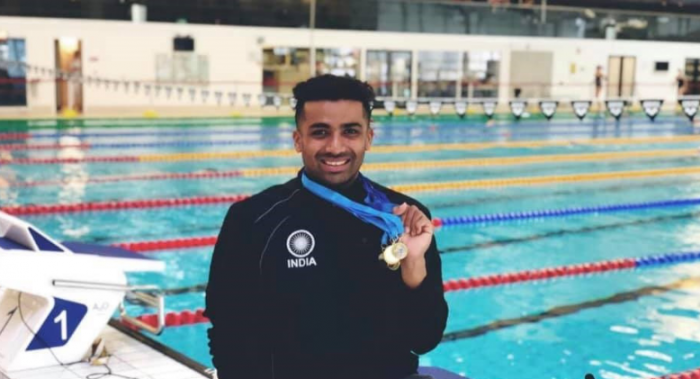 Niranjan Mukundan, a 24 year old para swimmer from India recently made his country proud at the Norwegian Swimming Championships 2019 (Ado Cup). Niranjan took home not one but 5 gold medals in the swimming competition.

However, his victory goes beyond the accolades he has earned over the years.

Niranjan was born with spina bifida, a congenital malformation that is caused due to the malformation of the spine and the spinal cord. As a result, this has an effect on his physical and intellectual development.

In fact, Niranjan had to undergo 17 surgeries when he was growing up. For instance, when he was only six years old, he had to undergo a 16-hour long operation to straighten his legs which was caused by muscle compression. The surgery required 32 metal rods to be inserted in his legs.

His family was devastated. Doctors advised him to take up horse riding or swimming to aid his recovery. Eventually, Niranjan decided to take up swimming to improve his lower body movements.

As a TedTalk guest speaker, he shared how his love for the sport began – “First, they put me in a bathtub. There, I was flapping my hands and legs, but when they put me outside, my legs weren’t moving. So, water became a very magical element in my life.”

He was only eight years old at that time. Little did he know swimming was going to change his life forever. Lucky for him, his swimming abilities caught the attention of his coach, John Christopher, who spotted Niranjan’s incredible talent and encouraged him to try para sports.

Niranjan was reluctant initially but after much persuasion he gave in. He represented Karnataka at the Nationals. Sadly, he lost the race and almost gave up. His coach pushed him to train harder, telling him – ‘patience and perseverance is going to take you higher.’

Thus, he started training harder by increasing his hours day by day. Three months later, he competed again. This time he finished first and won his first ever medal for the State. That was the exact moment he decided to become a para-athlete.

Niranjan has come a long way since then. Aside from his recent victory, he was also the world junior champion at the 11th IWAS (International Wheelchair Amputee Sports) Junior Games at Stadskanaal in the Netherlands in 2015.

In addition, he earned a bronze at the Asian Para Games in 2014 and is also a Limca Book of World Records inductee.

As long as one is willing to put in the effort, the sky’s the limit!